Designed by architect Bernard Tschumi, the School's building offers a quality of space conducive to concentration and exchange. Between the two blocks housing the administration, the workshops and the classrooms, a large forum opens up where numerous educational events take place, and around which the cafeteria, the exhibition space, two amphitheatres and the corridors are arranged.

"Although the founding decree of the École d'architecture de la Ville et des Territoires was not signed until August 1998, the name of its architect has been known since December 1994, at the end of a definition study involving three teams (Bernard Kohn, Christian de Portzamparc and Bernard Tschumi). The latter, who designed the Parc de la Villette (1983-1998) and the Fresnoy art centre (1992-1998), will be responsible for the new school. (...)".

In the suburban context of Cité Descartes, the university campus of the new town of Marne-la-Vallée, Tschumi designed a hybrid, fragmented building, the singularity of whose various elements is exacerbated by the treatment of the façades.

On the avenue, he aligned two blocks housing the teachers' and administration's offices: the first, clad in pressed aluminium plates, is punctuated by its regular openings; the second, in raw concrete pierced by long banded windows, extends vertically from a truncated base, the emergence of the semi-buried library. At the rear, facing the Champs forest, Tschumi houses the architectural workshops, in double height, with large windows facing north. To the west, another raw concrete block houses classrooms, while to the east, an entirely glazed wall awaits a second phase of construction.

Offering the campus its most opaque facades, the building is interiorised into a vast atrium lit from above, surrounded by long metal walkways and inhabited by the suspended volume of the auditorium. An unplanned place of the unexpected, of exchange and sociability, an "informal spatial accident open to the rational system,"1 The atrium is intended to be the condition for the event: "It is not only to build places in which something must happen, nor only so that the construction itself makes an event, as we say. This is not the essential point. The event dimension is included in the very structure of the architectural device: sequence, open seriality, narrativity, cinematic, dramaturgy, choreography.2 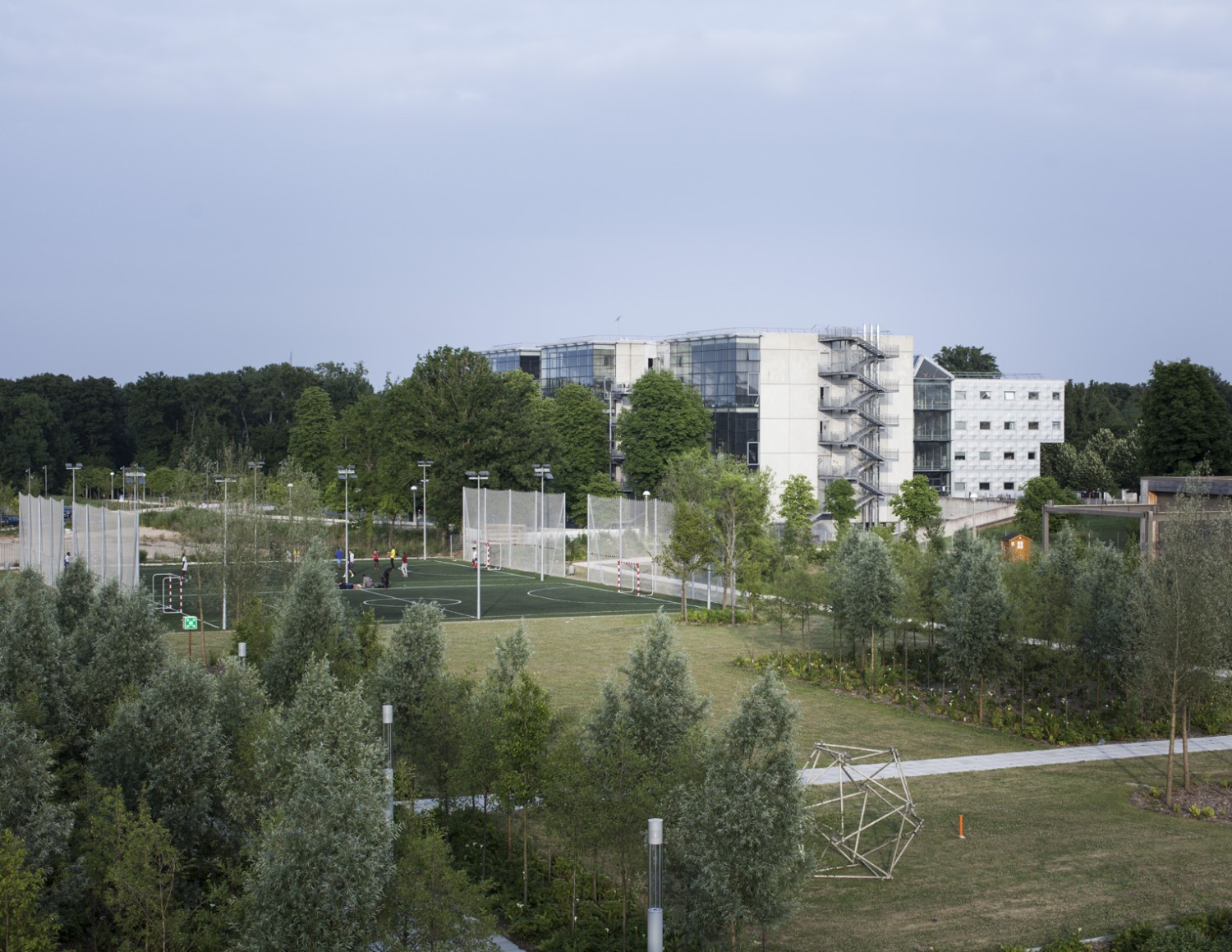 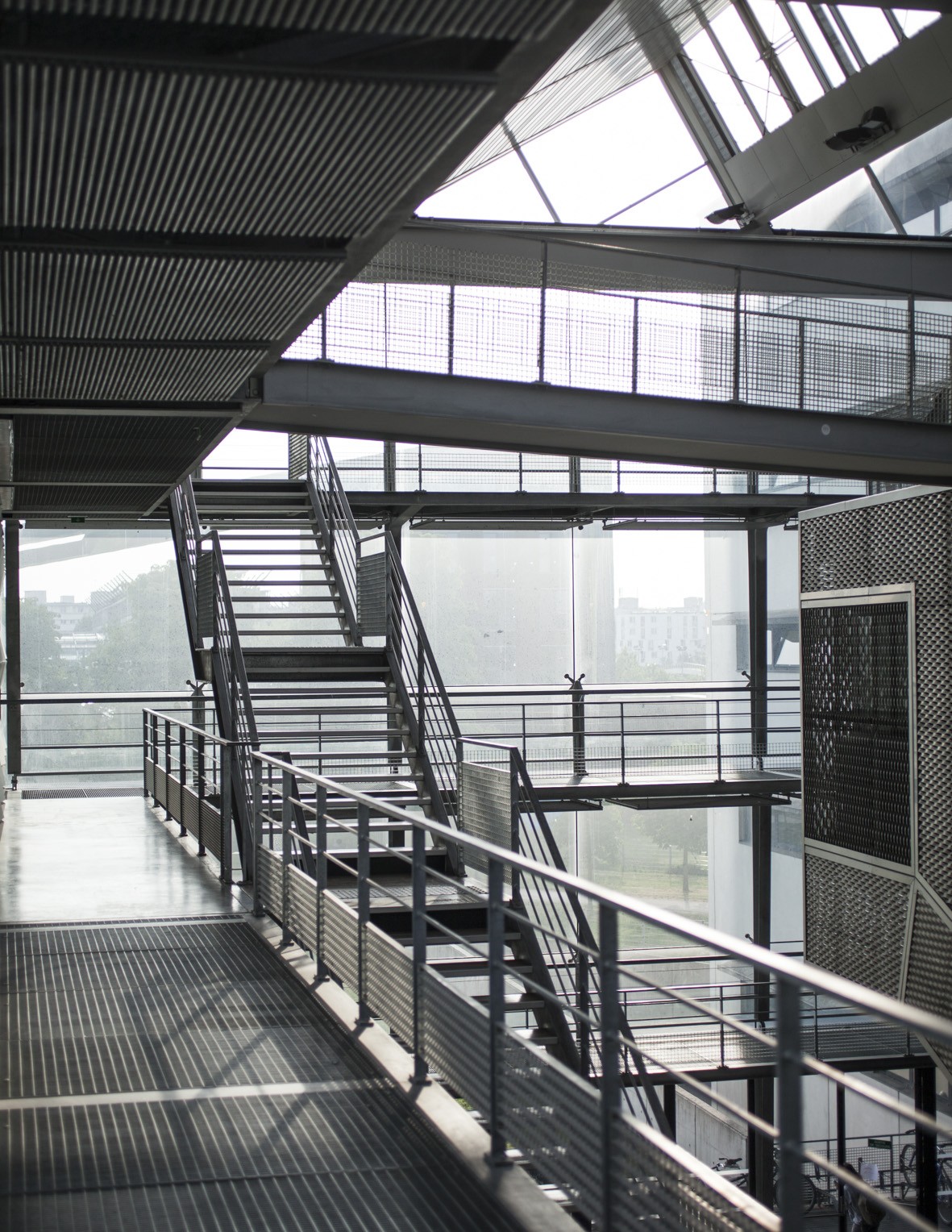 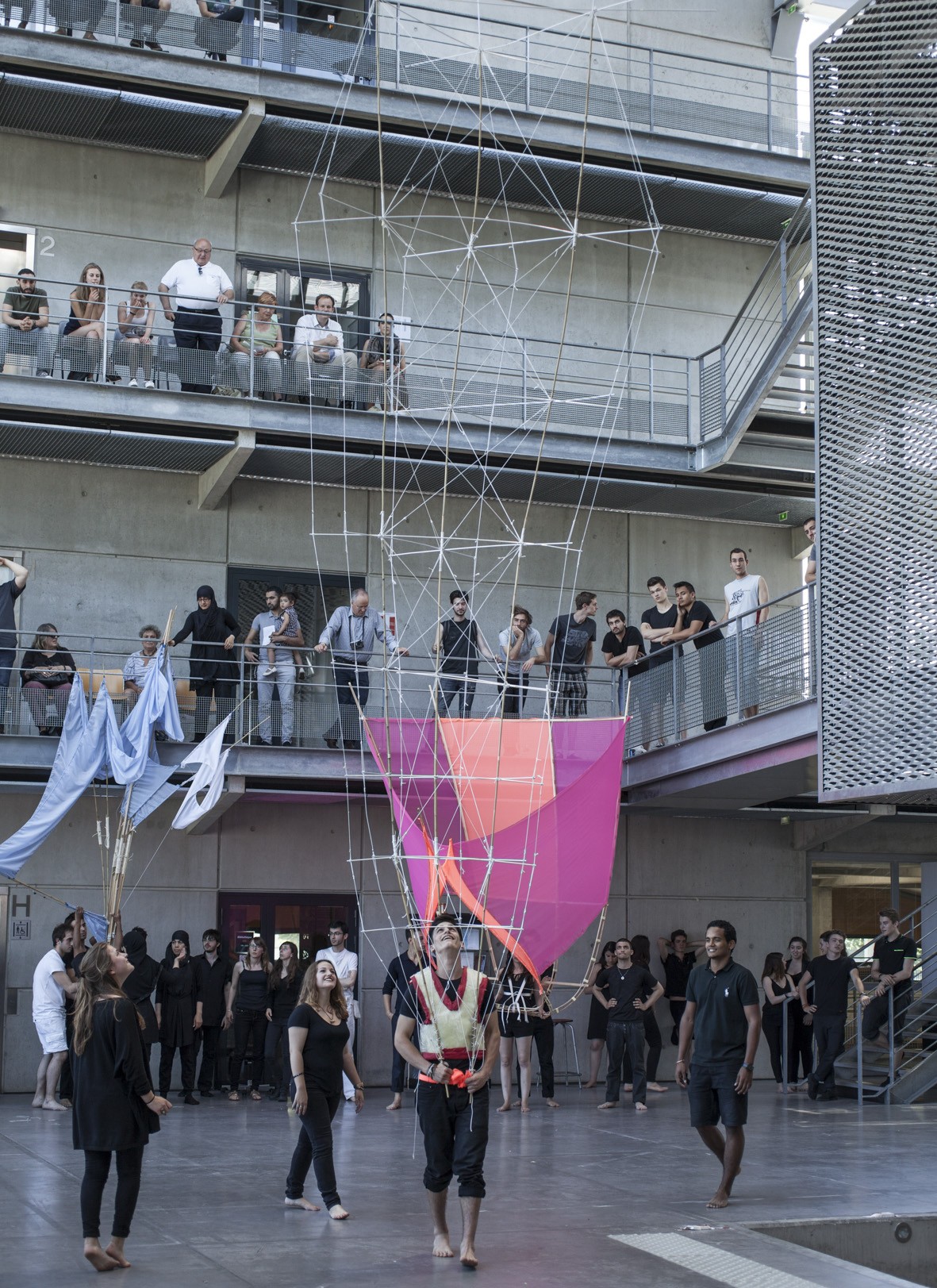 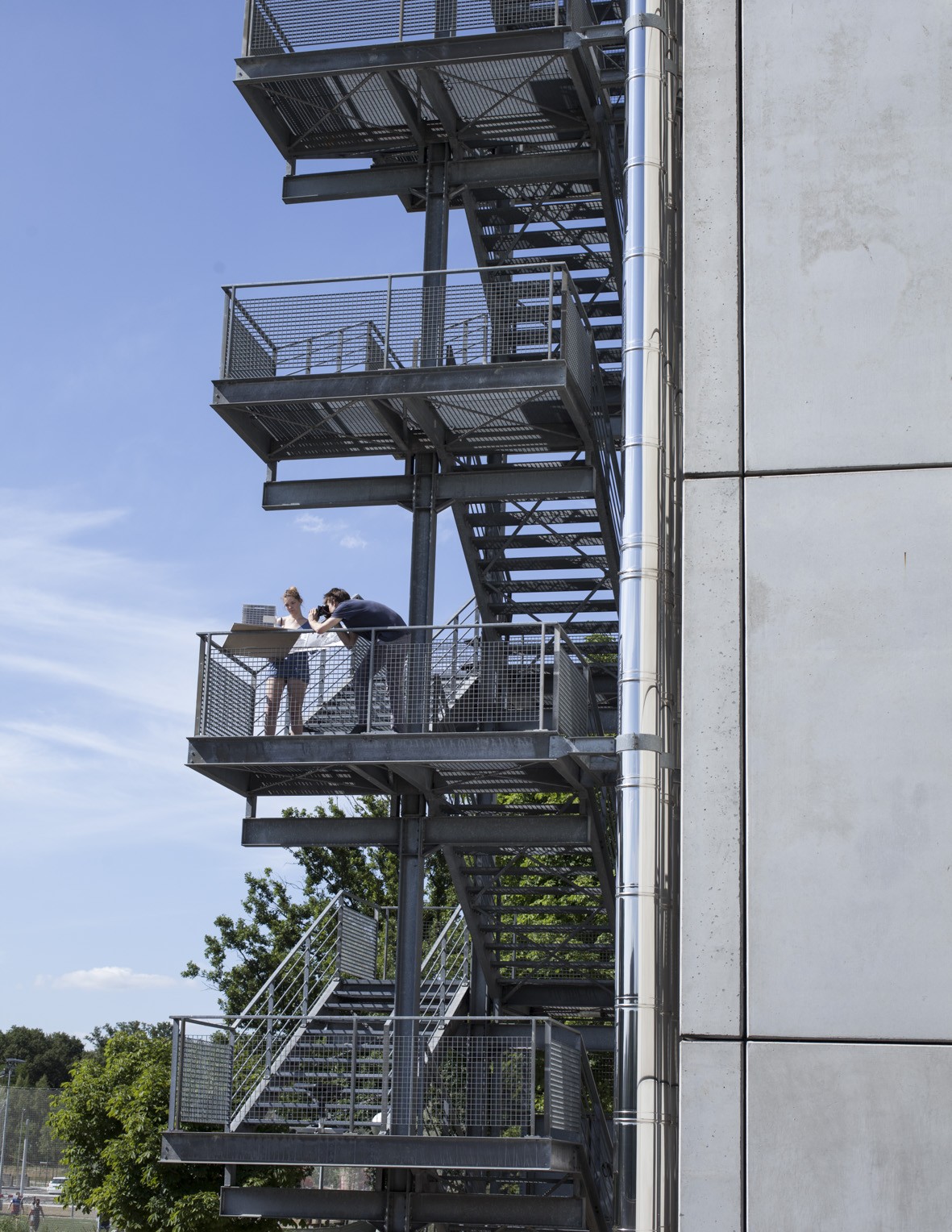